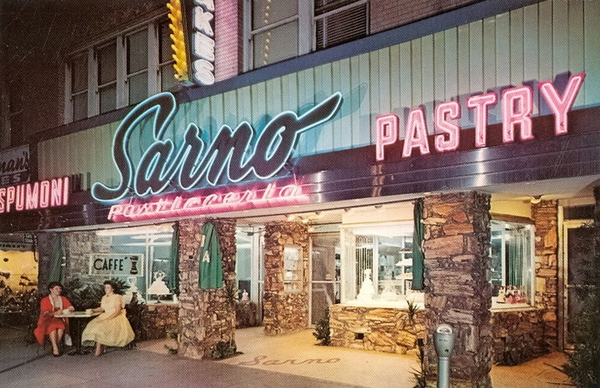 Sarno’s bakery was the first place our father Antonio worked when he landed here from Italy in 1959. He worked there for the better part of the next decade as Sarno’s went on to become one of Los Feliz’s true Italian-American landmarks complete with music, munchies and murder…

5 Comments On “Sarno’s: The Original Little Italy of Los Feliz”