The il Capriccio on Vermont Story 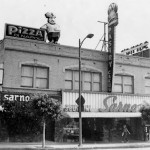 The il Capriccio on Vermont Story

In 1960 Umberto Sarno of Sarno’s Bakery fame went to Naples, Italy in pursuit of a promising young pastry chef. Upon arriving, Mr. Sarno found our Dad, Antonio Neiviller and offered him a job, a car and an apartment in Los Angeles.

Needless to say, Dad took the job, and within the year went back to Italy and brought my Mom, brother and sister. Six years later, I was born, ironically on Vermont Ave. 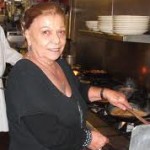 Fast forward to 1987… we opened ‘Rosso e Nero’ on Melrose Ave. Flora (Mom) and Antonio (Dad) created a simple menu of traditional Italian dishes and hired a young Salomon Roman to run the kitchen, but first they had to train him and then sent him to Italy for 3 months to learn the fine art of Italian cuisine.

We remained on Melrose for 17 years. In 1994 we expanded and changed the name to ‘Tavola Calda’ and it remained so until 2001. We changed the style and decor of the restaurant to a more modern ‘look’ and called it ‘Luce’. 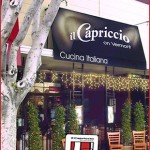 In 2003, we moved to our current location (the Eastside) and ‘il Capriccio on Vermont’ was established. We kept Chef Cecilio and will be sending him to train in Italy. We feel that he and Salomon make an exceptional team – there’s always something exciting in the kitchen.

Brothers Ermanno and Gianni have been surrounded in the ‘biz’ throughout their lives. Prior to opening on Melrose, they could be found at Cafe Roma, Di Gennaro, Santina’s, Martoni’s, Le Donne Cucina, Emilio’s, La Strada and Villa Capri (whew…) – but enough about the brothers.

There’s little doubt that the main attraction here (with the exception of the food) is ‘Mamma Flora’! She defines the ‘Heart and Soul’ of il Capriccio.

Our customers, or shall I call them ‘extended Famiglia’, absolutely adore Mamma Flora – they will wait in line just to get a hug and kiss from her.

So when you’re in the Los Feliz area, and want some of the best traditional Italian cuisine, or just a hug from Mamma, stop by, one of us is always here and we will treat you like Famiglia!

2 Comments On “The il Capriccio on Vermont Story”